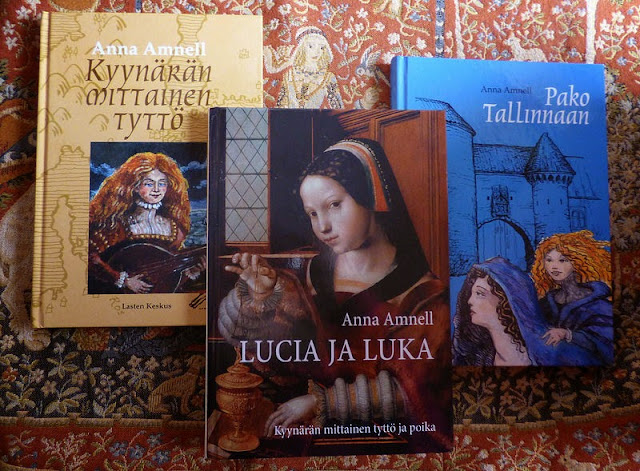 The writing of the Lucia Olavintytär trilogy. The third part is Lucia and Luka [Lucia and Luka], in Finnish. click to see a larger size 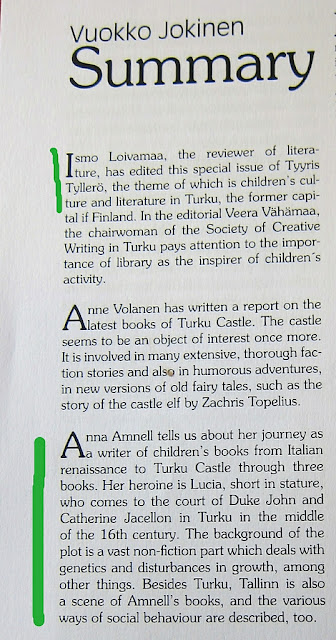 In Anna Amnell's "novel An Ell-Sized Girl (Kyynärän mittainen tyttö, 2004) the idea of difference is explored from the perspective of a short girl captured and taken to the court of Elizabeth I to live as a court dwarf." Kaisu Rättyä. virtualfinland.fi

Illustration: Matti Amnell
Lucia Olavintytär (Olav's daughter) can sing, play lute and speak and read many languages. She is a true Renaissance girl. 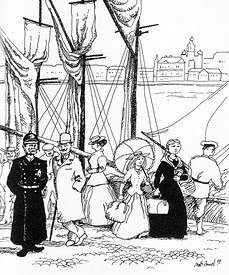 The luggage was carried from the hall into the carriage. First, the beautiful
Parisian travelling chest that Aurora’s mother had brought from St. Petersburg when she was married. A wooden box that had been made by Iida’s father was placed beside it. He had painted it red with ochre and nailed sturdy leather straps at both ends.
--
The girls climbed aboard the carriage. Aurora placed a carpet bag beside her that contained her diary and drawing utensils.
“Are you sure you packed the plant press?” Aurora asked.
“Yes, it’s in the trunk,” Hilma assured her.
Iida squeezed the black bag she held in her lap. The bag had been given to her by Hilma, and it contained her most precious possessions: a heavy woollen scarf and under it a worn hymnbook given to her by her mother. The bag also contained Iida’s own wooden spoon that had her name carved on it, which she had taken out of the crack in the wall where she had kept it at home.
--
Aurora and Iida’s last memory of their home village was the smell of apple trees and the warbling of chaffinches in the birch trees that lined the road."
Anna Amnell : Aurora and Molly [Aurora ja Molly, 1991]
Trans. Marko Amnell and Mimi Amnell, copyright
Illustration: Matti Amnell (Jr) 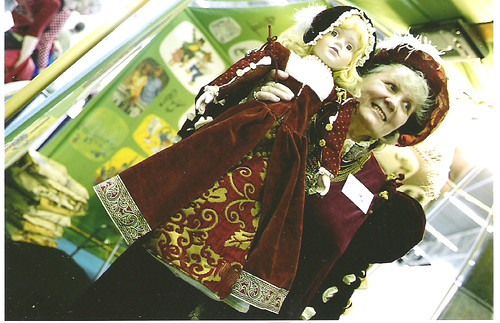 
Anna Amnell lives in Helsinki. She lived her childhood and school years in the rural area of Finland. She was an AFS-exchange student to the United States, was in Cyprus in 1974 and lived in Canada during the 19 80s. She has Master's degree from the University of Helsinki and has been a house-wife, and worked as a free lance journalist and teacher. She started writing fiction in her fifties. Anna Amnell is member of The Union of Finnish Writers, Writers in Helsinki and Finnish Writers for Children and Young People. She is married and has three adult children. For several years she has done meticulous research on the 16th century.
Anna Amnell's books (written in Finnish). Illustration: Matti Amnell

”Anna Amnell tells us about her journey as a writer of children’s books  from Italian renaissance to Turku castle through three books. Her heroine is Lucia, short in stature, who comes to the court  of Duke John and Catherine Jagellon in Turku, in the middle  of the 16th century. The background of the plot is a vast non-fiction part which deals with genetics and disturbances in growth, among other things. Besides Turku, Tallinn is also a scene of Amnell’s books, and the various ways of social behaviour are described, too.”  Vuokko Jokinen: Summary. -  Tyyris Tyllerö [Humpty Dumpty], a  journal of
children´s  culture, editor Kari Vaijärvi.  4/2013,  a special Turku edition, Ismo Loivamaa, editor. (Cover picture: Turku's library dog)

Lucia is En Ell-sized Girl (a short info in French, German, and Spanish)

Writer's own words: From Florenze to Turku. My Long Journey in Renaissance [in Finnish
http://amnellanna.blogspot.fi/2014/01/anna-amnell-firenzesta-turkuun.html

Ell-sized Lucia and her 13 years old brother Hannu move to Turku. Their father believes that a golden happy time begins, because Prince John of Finland has married a rich Polish princess Catharina Jagellonica in 1562.  Father wants Lucia to be accepted as a lutist and singer at Prince John’s court and Hannu to become a page.

Hannu reveals a plot to kidnap Princess Catharina and his sister Lucia and take them to Ivan the Terrible’s court in Moscow. When Prince John’s brother King Erik of Sweden attacks Turku Lucia and Hannu flee with their parents to Wittenberg where their brother Erasmus is already studying.

17-year old Lucia is only 81cm tall. She comes to Helsinki to teach 13-year old Margareta to play lute. She has also a secret task to perform. Margareta is tall and beautiful. When her father dies her stepmother wants to marry her to a strange old man. The girls decide to escape to Tallinn to Margareta's uncle. It is winter, it is cold. Will the sea be frozen? Can they skate or walk over the sea to safety?

"An Ell-Sized Girl was shortlisted for Lasten LukuVarkaus -2005, a national children's book prize, which is given each year for the best children's book ( under 12 years old ).

Thirteen-year-old Lucia Olavintytär [fictitious character] is 2 ft 8 inches tall ( 81 cm). She lives a sheltered life at a rural manor house in the middle of the Finnish forests. Lucia and her brothers are given a good education by their father, a former monk. Lucia is good singer and lute player, she speaks and writes Latin fluently. Her father knows Lucia's worth in the sixteenth century world and tries to protect her. People like her were sold, kidnapped and donated to the kings and queens at the European courts to be used as companions, entertainers and nurses of the royal children.

On an early spring morning in 1559 Lucia goes to her usual ride accompanied by her servant boy. In a moment Lucia's life is changed. She is kidnapped and taken by boat first to Gotland and then to the Fens, the ancient swamplands of England, to be trained and sold to be a dwarf and spy at the court of the young Queen Elizabeth. What will happen to Lucia? 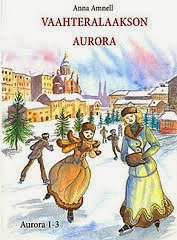 2014 A new edition: The story of Aurora Koivu
And the post script by the writer

original AURORA-books (1991, 1993, 1995, 1999): immigration, children as servants, Canadian nature, art, friendship. A Finnish school girl in Helsinki and Toronto. All Aurora-books are sold out. You can find them in libraries. Published by Kirjapaja

Aurora's journalist father is expelled from the grandduchy of Finland. Aurora follows him to Toronto in 1903 and works as servant girl in an Edwardian household. [Aurora, Vaahteralaakson tyttö. Published by the name 'Pirkko Pekkarinen' ]

Aurora studies art in Helsinki. Her cousin Olga comes to school to Finland. The girls experience the 1905 general strike in Finland

Aurora returns for a summer in Toronto with her Canadian fiancé Thomas. Themes: Toronto, Canada's nature, children as servants, ghosts.

The copyright for all Aurora-books: Anna Amnell and Matti Amnell 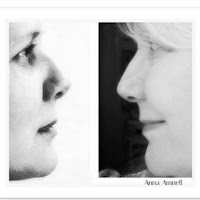 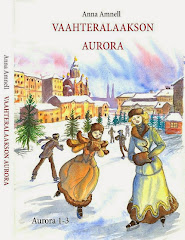 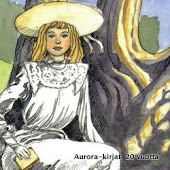 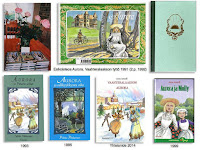 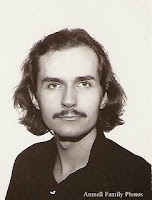 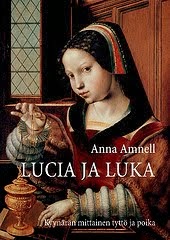